A council elected by our membership governs the organization. It is comprised of a President, Councillors representing each of the seven electoral areas of the NunatuKavut Community Council and a Councillor representing youth. The current governing council was elected on September 29, 2020 through a General Election Process. 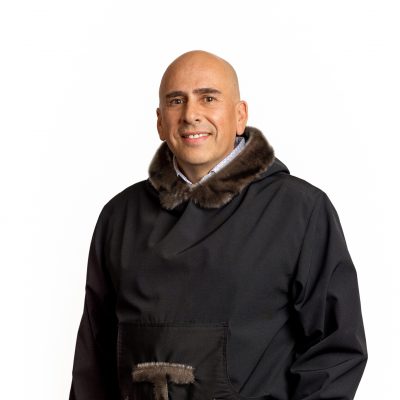 Todd Russell is from William’s Harbour, a tiny island community on the southeast coast of Labrador. Todd attended Memorial University in Corner Brook and St. John’s, graduating with a Bachelor of Arts Degree in History and Classics. Todd was elected to what is now the NunatuKavut Community Council in 1992. Two years later he was elected President, a position he held for 11 years. He has also served on a number of national boards.

Todd entered federal politics in May of 2005 when he was elected as the Member of Parliament for Labrador during a by-election and he was re-elected in 2006 and 2008. Todd was re-elected President of NCC again in 2012 and again in 2016 and 2020. 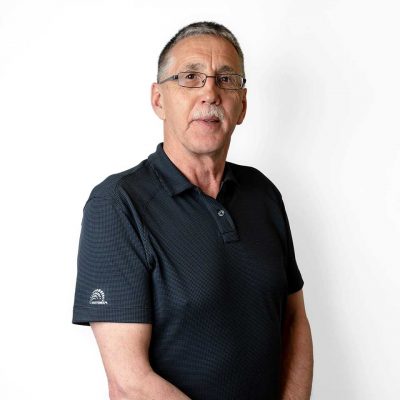 Levi Snook was born in Mary’s Harbour and raised between there and Trap Cove. These days he calls Forteau his home, where he lives with his wife Brenda. Levi is a Laboratory/ X-Ray Technician and has been employed with the Labrador South Health Care Centre in Forteau since 1983. Levi is on the board of Labrador Straits Historical Development Corp and the board of Mount Nascopi Ski Club where he also coaches. When he isn’t skiing, Levi enjoys Reading, snowshoeing, hiking, running, snowmobiling and fishing. Levi has 3 grown children and is a proud grandparent. 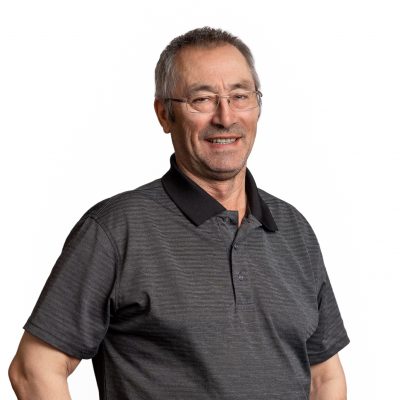 Roy Mangrove is from St. Lewis, where he lives with his wife Phyllis who operates Mangroves Store. When Roy isn’t fishing, he enjoys hunting in his spare time. Roy has six children and is a proud grandparent. Roy served on the Labrador Fishermen’s Union Shrimp Co. board from 1979 to 1996. This is Roy’s first time on council, he chose to run because of his desire to help the people of NunatuKavut, and to improve our way of life going forward. 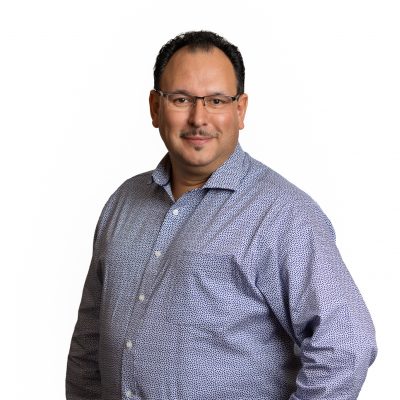 Boyce Turnbull was born in Mary’s Harbour and raised in Charlottetown, Labrador where he resides today with his wife Sherry. His formal education is in Recreation Management and he currently works as a Career/Training Counsellor with the Labrador Aboriginal Training Partnership (LATP).

Prior to this position Boyce owned and operated his own business after working in the construction and fishing industries as well as the field of recreation management for several years.

For more than 25 years Boyce has been an active volunteer with various community and youth organizations including Church Youth Groups, NunatuKavut, Canadian Cancer Society, Relay for Life, Health Liaison Committee, Literacy Committee, Boys and Girls Clubs of Canada and the Special Olympics. He is honoured to have served on the NunatuKavut council since 2005 to bring forth his regions issues. Aside from his work and volunteer work, Boyce enjoys photography, the outdoors, and cultural crafts and activities. 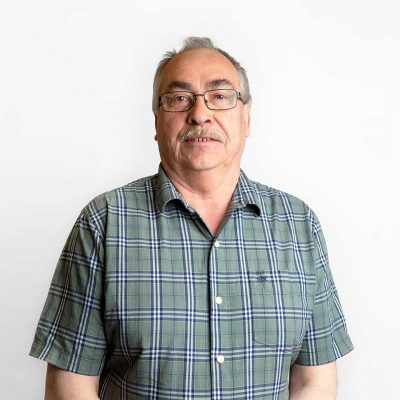 Cyril Campbell was born in Charlottetown and raised in Pinsent’s Arm. As an adult he moved to Port Hope Simpson where he has lived for the past 25+ years. For most of his adult years, Mr. Campbell was a fisherman and plant worker and he would return to Pinsent’s Arm to fish in the summer. Along with his wife Barbara, Cyril previously owned and operated Campbell’s Place Bed and Breakfast as well as Campbell’s Restaurant. Currently Cyril is working as a second cook/bakery assistant with Labrador Catering in Voisey’s Bay.

Cyril has served three previous terms on the NunatuKavut Governing Council and was appointed Elder during his second term. He has a passion for helping people and is a Councillor on the Port Hope Simpson Town Council. Although not fishing for his livelihood now, Cyril still enjoys sustenance and recreational fishing and spending time in the outdoors, on snowmobile or cutting his own wood. He also likes to cook and play darts. He is married and has four children. 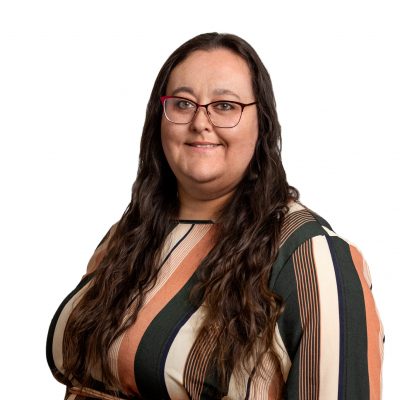 Crystal Dyson is from Black Tickle, where she resides with her husband Frank and children Nolan and Keira. She graduated from the College of the North Atlantic in Happy Valley-Goose Bay as a Cooks Helper in 2003.

Crystal works as a program coordinator with both the Southern Labrador Family Centers Inc. and Nutrition North Canada. In her spare time, she enjoys fishing, crafting, berry-picking and snowmobiling.

This is Crystal’s first time on the Governing Council. She jokes that she originally put her name forward so that she could run against her husband, who was the previous Area 4 Councillor. Her real reason, though, is a desire to help her area and its residents. 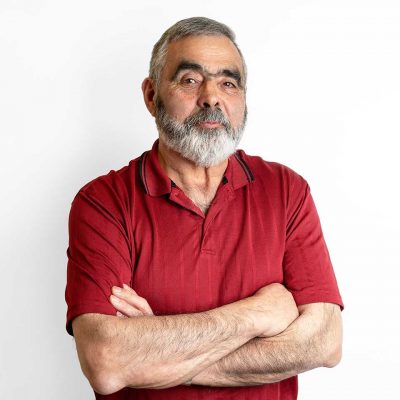 James (or Jim) Holwell was born in Porcupine Bay, Labrador, raised in Spotted Islands and now lives in Happy Valley-Goose Bay. He is retired from the Federal Department of Fisheries and Oceans, where he worked for 29 seasons.

Jim previously served two terms on the NunatuKavut Governing Council. He enjoys sports and used to volunteer his time as a hockey and broomball coach. He appreciates outdoor life and especially loves to travel back to his Spotted Island home during the summer months, where he continues to harvest and gather food from the land and sea. Jim and his wife have three children and seven grandchildren. 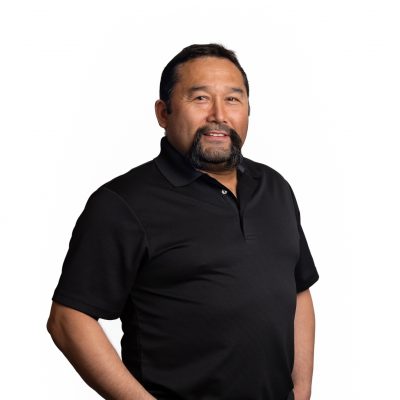 Hughlett Williams is proudly from Seal Islands, Labrador and currently resides in Happy Valley-Goose Bay with his spouse Patricia. He has two children, Connor and Christian. Hughlett completed post-secondary training and holds a commercial helicopter license.

Hughlett works with Labrador Grenfell Health and volunteers as President of the Local 2202 Long Term Care Union. In his spare time, Hughlett enjoys hunting, fishing, trapping and any outdoor activity. This is Hughlett’s first time on council. 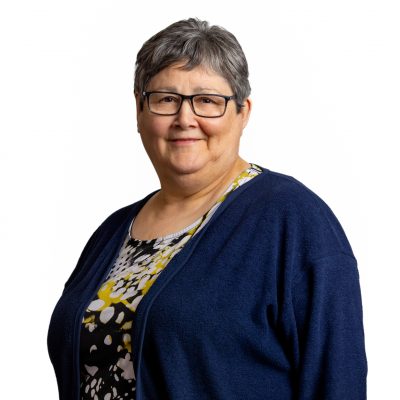 Jessie Tobin was born and raised in Charlottetown, Labrador. After living in different communities in Newfoundland and Labrador for a few years, she returned to Charlottetown in 1989 where she took on the role of Town Clerk. This position piqued her interest in community development, and she made the decision to go back to college, graduating in 1997 with a diploma in Regional Economic Development – Community Studies. She has been employed at H & H Enterprises in Wabush since 2004 and currently works as office administrator.

Jessie has served on the NunatuKavut Governing Council since 2011, this is her fourth term representing Labrador West and Churchill Falls. She loves being involved in her community and was a Wabush Town Councillor for two years. Her hobbies include knitting and sewing and volunteering for community events. She is married with one child, three stepchildren and six grandchildren. 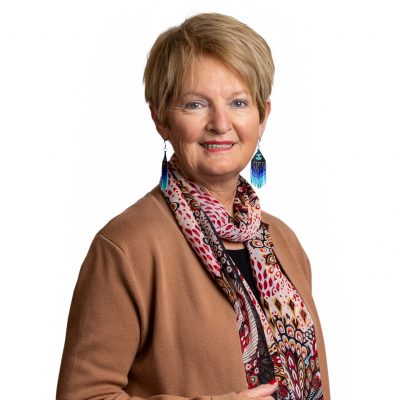 All of Canada Outside NunatuKavut

Anna grew up in a family of twelve in Carbonear. Her search to go back to her Inuit ancestral roots in Labrador, the Green’s from Venison Island, led her to take part in our recent Nunatukavut Election. Anna brings business expertise and experience to NCC, having spent her professional career as Manager of the Newfoundland and Labrador Credit Union. Anna has municipal experience, as Councillor for six years with the town of Grand Falls-Windsor. She has also held three Cabinet Minster Portfolios with the Government of Newfoundland and Labrador over her 12-year term before retirement.

Anna has served on numerous volunteer Boards in the past, and is a current Advisory Board Member of the Order of Newfoundland and Labrador. Anna lives in Grand Falls-Windsor with her husband, Alex, and they have two children and five grandchildren. Anna enjoys Baking, Daily Walks and Golf. 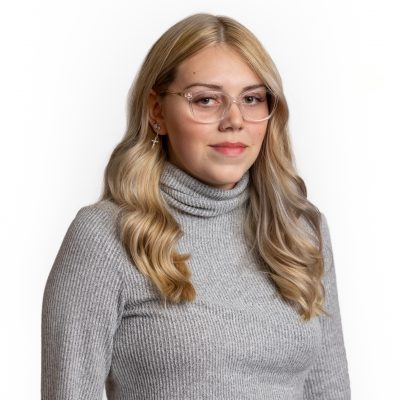 Zoey Russell is from Port Hope Simpson. She is currently enrolled in the College of the North Atlantic’s Hairstylist Program in Gander.

Zoey enjoys snowmobiling, dog-sledding, boating, baking, makeup, spending time with her family, friends and dogs. This is Zoey’s first time on Council and wanted to be involved to help ensure younger generations keep a close relationship with the land for years to come. 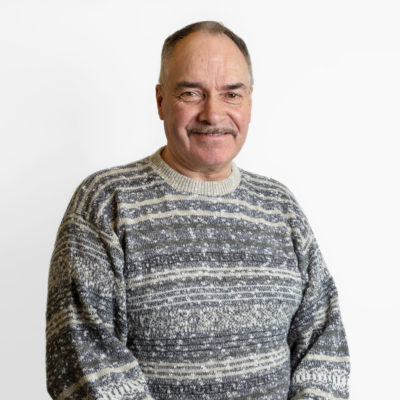 Harrison Campbell is a resident of Pinsent’s Arm and previous Elder on the NCC Board for the past four years. He is a well-respected member of his community and throughout NunatuKavut. He is often looked to in his own and surrounding communities for advice. He continues to be very active in the traditional activities of hunting, fishing, trapping, and gathering and sharing his catch with others. Over the past number of years, he has harvested cod, salmon and other species for our community freezers. He is married to Sandra and proudly passes his traditional skills and traditions on to his sons and daughter.

Harrison has also had years of experience in various governing boards, councils and other organizations. He spent 32 years on the LFUSC Board, several years on Labrador White Bear Development Association and Southern Aurora Development Corporation, Harbour Authority and others. He is also a previous business owner and has received Two Queens Jubilee Medals from Canada and is a recipient of NCC’s Nakummesuak Award. 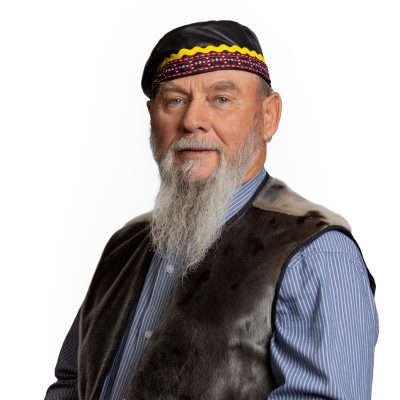 Richard Michelin was born and raised at Sebaskachu, commonly called “Sabby,” in Labrador until the age of four, moving from there to Birch Island in Happy Valley-Goose Bay until settling with his family in North West River in 1974. Richard has been married over 45 years to wife Carolyn and has six children.

Richard has strong ties to the land and water and has tremendous local knowledge of Upper Lake Melville from his many days trapping, fishing and prospecting in the area. Richard is retired from his career as a heavy equipment operator, now spending time renovating the various cabins he owns throughout southern and central Labrador, gardening, making snowshoes and is handy on the sewing machine. He has also volunteered for many years as the driver of the seniors’ van in North West River.

Richard has a long-standing history with NCC and has participated in on-the-ground action when called upon. He has attended many of NCC’s Annual General Assemblies and tries to stay on top of the issues and concerns related to Upper Lake Melville and throughout NunatuKavut.

Because of the nature of NCC business, Governing Council minutes are available to our membership only. Please direct any requests for minutes to Dorothy Pye-Johnson, CEO, at dpjohnson@nunatukavut.ca

Nunatukavut In This Section