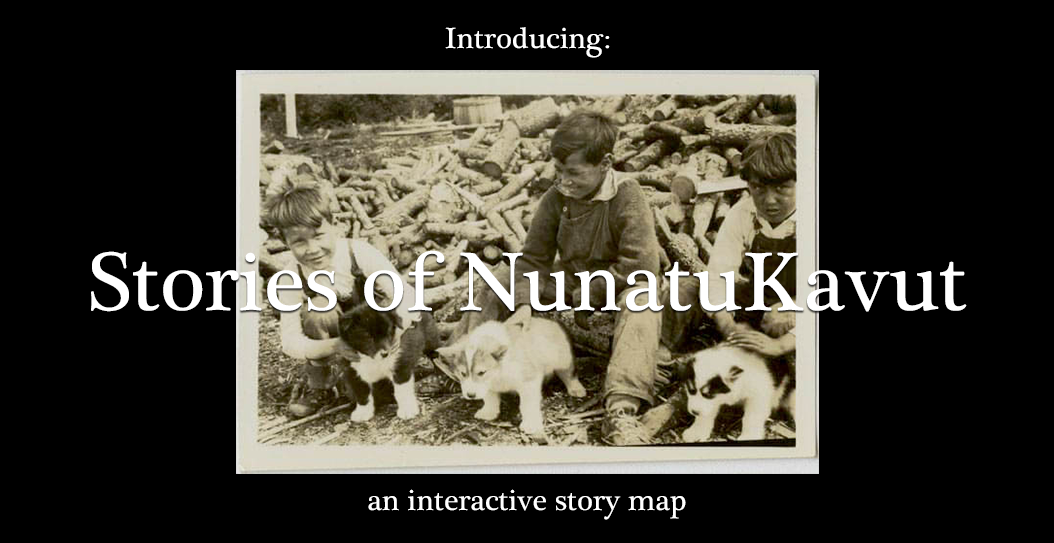 HAPPY VALLEY-GOOSE BAY, LABRADOR, JUNE 21, 2021 – The NunatuKavut Community Council (NCC) released an online learning tool called ‘Stories of NunatuKavut’ as part of National Indigenous Peoples Day celebrations. It is an interactive site filled with photos, videos and stories showing the deep connection that NunatuKavut Inuit have always had to the land, waters and ice of their ancestors.

‘Stories of NunatuKavut,’ referred to as a story map, guides viewers through some of the highlights of NunatuKavut Inuit history and culture. It starts with a map tour that depicts both modern-day permanent settlements and traditional seasonal places. There is also a map showing Inuttitut names of many of these places, based on a map compiled by Moravian Missionary Jens Haven in 1765.

This new learning tool was developed with funds from Parks Canada. It illustrates many generations of traditional land use of NunatuKavut Inuit in the Akami-Uapishkᵁ-KakKasuak-Mealy Mountains National Park Reserve. Other topics in the story map include the British-Inuit Treaty of 1765, the impacts of the Spanish Flu on families in Sandwich Bay, the prominence of the dog team and the residential schools experience in NunatuKavut.

The story map was done in collaboration with Dr. Andrea Procter, an anthropologist with 20 years of experience working with Indigenous communities in Labrador, and Tammy Lambourne, a member of NCC who took the lead in the digital design. It is part of NCC’s recently launched Ikupiatsik – a NunatuKavut Inuit Education Action Plan.

‘Stories of NunatuKavut’ is meant to be a dynamic tool that will evolve and grow over time. NCC welcomes additional stories, photos and videos that help to share and tell the story of NunatuKavut Inuit. The story map can be viewed at www.nunatukavut.ca.

“On behalf of the NunatuKavut Community Council, I am very excited to share the ‘Stories of NunatuKavut’ story map with you on National Indigenous Peoples Day. I thank Dr. Andrea Procter and Tammy Lambourne for utilizing research that has been done about NunatuKavut Inuit and putting it together into a beautiful story map. And I would like to acknowledge the hard work of the NCC staff involved in the development as well. It is truly an affirmation of our culture and identity and I know our people will see themselves reflected in the many stories, photos and videos. It highlights our traditional places and our deep and unwavering connection to our ancestral homelands. It also features some important aspects and stories related to our history and culture. We look forward to building on this work and continuing to tell our story through Ikupiatsik, our NunatuKavut Inuit Education Action Plan.”
— Todd Russell, President of NCC

“I found it fascinating to explore the rich history of NunatuKavut. Listening to people’s stories, you get a real sense of their deep connections with each other and with the land and waters through the generations. Every bay and island has stories and memories associated with it, and you can feel this network of meaning as the stories take you through NunatuKavut. It was an honour to listen and learn about the NunatuKavut homeland for this project, and I hope everyone enjoys exploring the region through these stories as well.”
— Dr. Andrea Procter